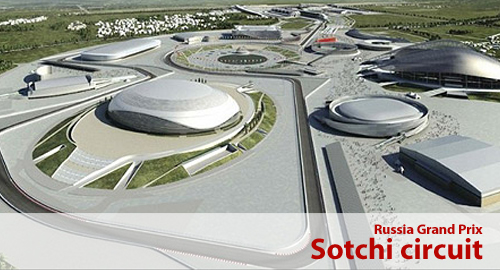 The Russian Grand Prix is an automobile race which, following an agreement signed between Bernie Ecclestone and Vladimir Putin, is included in the 2014 Formula 1 World Championship calendar. It will take place in the city of Sochi, near the Black Sea. In the past, the Russian Grand Prix was run twice, in 1913 and 1914, in St. Petersburg. Nevertheless, the race had to be abandoned because of the First World War then the Russian Civil War and finally never been restored.

The international street circuit in Sotchi is a temporary racing circuit located within the olymique Park of Sotchi, in Adler, in southern Russia on the border of the Black Sea. For its construction, the Russian government has invested over 150 million euros. The first Formula 1 race will be held during the 2014 season.